The stigma is strong on this one.

It’s 2021 and the stigma on menstruation is still strong. So is the patriarchy.

I can imagine that after reading the word menstruation in this blog, some people are already clicking it away. Sure there’s more open conversation about health alongside trailblazing documentaries, government leaders and NGOs. But there’s still so far to go in dismantling the taboos and ensuring everyone has good education and access to menstrual health.

What is the taboo?

Have you been made to feel insecure as a person who bleeds?

People who menstruate bleed for roughly 52 days per year. For many girls, women, and other menstruators, those 52 days are often unnecessarily filled with diminished self confidence and shame. I expect most people wouldn’t feel their most confident during their period. That is not incredibly surprising since menstruating is often not a comfortable period, but I don’t believe hormones are only to blame.

When was the last time you discussed menstruation with your colleagues, or openly at a bar? Have you ever? But have you discussed having a headache with colleagues and strangers? Maybe! The difference is, there’s a taboo around menstruation that doesn’t exist for most other aspects of our health. And the taboo is dirty. It stereotypes the experience of menstruation as something nasty and the people that menstruate as over emotional and difficult. For example, the blue liquid that was shown in advertisements for menstrual products until 2017. Before that there was a ban on advertising period products until 1972. It wasn’t until 1985 that the word “period” was even used in a menstruation product commercial. But the truth is, menstruation is just one of a bodies’ many biological processes, and an important sign of reproductive health. So why then is the stigma so strong?

Who benefits from the taboo?

We should recognise that not all women menstruate, and not everyone who menstruates is a woman. But we should also recognise how the misinformation and taboo around menstruation is used to belittle women in many contexts. Menstruation is often associated as a “women’s issue”, leading to comments of “What’s wrong with you?” or “Are you on your period or something?”. Additionally, the biological process of menstruation is not fully understood, and experiences around bleeding, hormone fluctuations and side effects of menstruation are even more misunderstood and stigmatised. As a result, people that menstruate are seen as weak, experiences are not believed and in some places menstruators are even placed at the edge of society when they bleed. Patriarchy, a system where older men lead society and women’s roles are largely excluded, has largely benefited from the taboo of menstrual health. Patriarchy has used menstruation as a reason to bully and tease girls and create a bigger sense of stability around boys and men. It’s also been used to justify hiring and promoting men over women, placing men in positions of leadership and paying men more. This system, not only puts women and people who menstruate at a disadvantage, but also men, people who don’t menstruate and society as a whole.

We encourage an inclusive culture around menstruation. At Moja we’ve seen that the most effective ways of creating that is with education and open conversation. If we talk more openly about menstruation, there will be more knowledge and awareness for people to manage periods safely and healthily. If we break the taboo, children that menstruate will be more likely to attend school during their period and participate fully in life. They’ll feel more empowered, and less embarrassed. There’d be less social isolation, less health risks and less gender inequality. Additionally, more conversation about physical, mental and socio-emotional experiences are not only beneficial for people who menstruate, but can also aid non-menstruators in daily life.

Menstruation is one of the biggest public health issues in the world today. Period poverty is extremely prevalent in “developed” countries as well as in low socioeconomic regions. Menstruation is also a huge obstacle to empowering girls and women. But it could be used as a tool to promote health education and to drive gender equality, helping everyone in society. With education, open conversation and increased access to menstrual products, we can reduce taboos, debunk myths and empower people who menstruate.

Regardless of our gender, we can all play a part in breaking the stigma. It’s time to start.

Better hygiene for everyone.
What happens when children don’t have access to underwear and sanitary products? The risk of disease and infection increases, and girls on their period are more likely to skip school. That’s something we think just isn’t ok. We believe every day basics that fund entrepreneurship, education and health projects can create positive, sustainable lasting impact.

And we do that with you. Here’s how.
Every pair you buy =

One pair of underwear or reusable sanitary pad is made in Tanzania.

Products are distributed at local schools.

A child is educated on health and hygiene.
Shop Men's
Shop All
Shop Women's 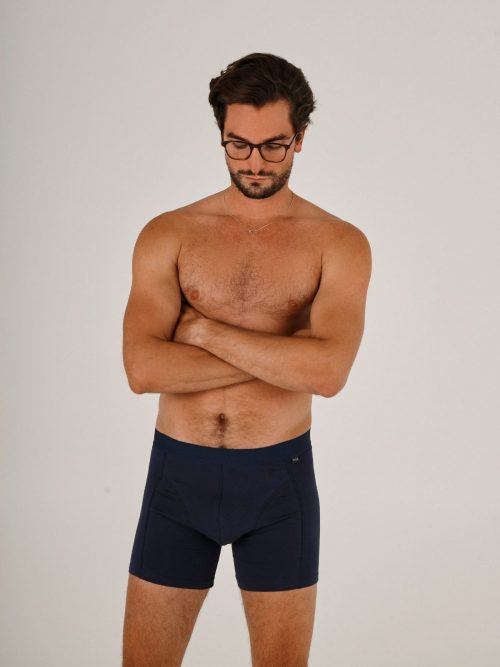 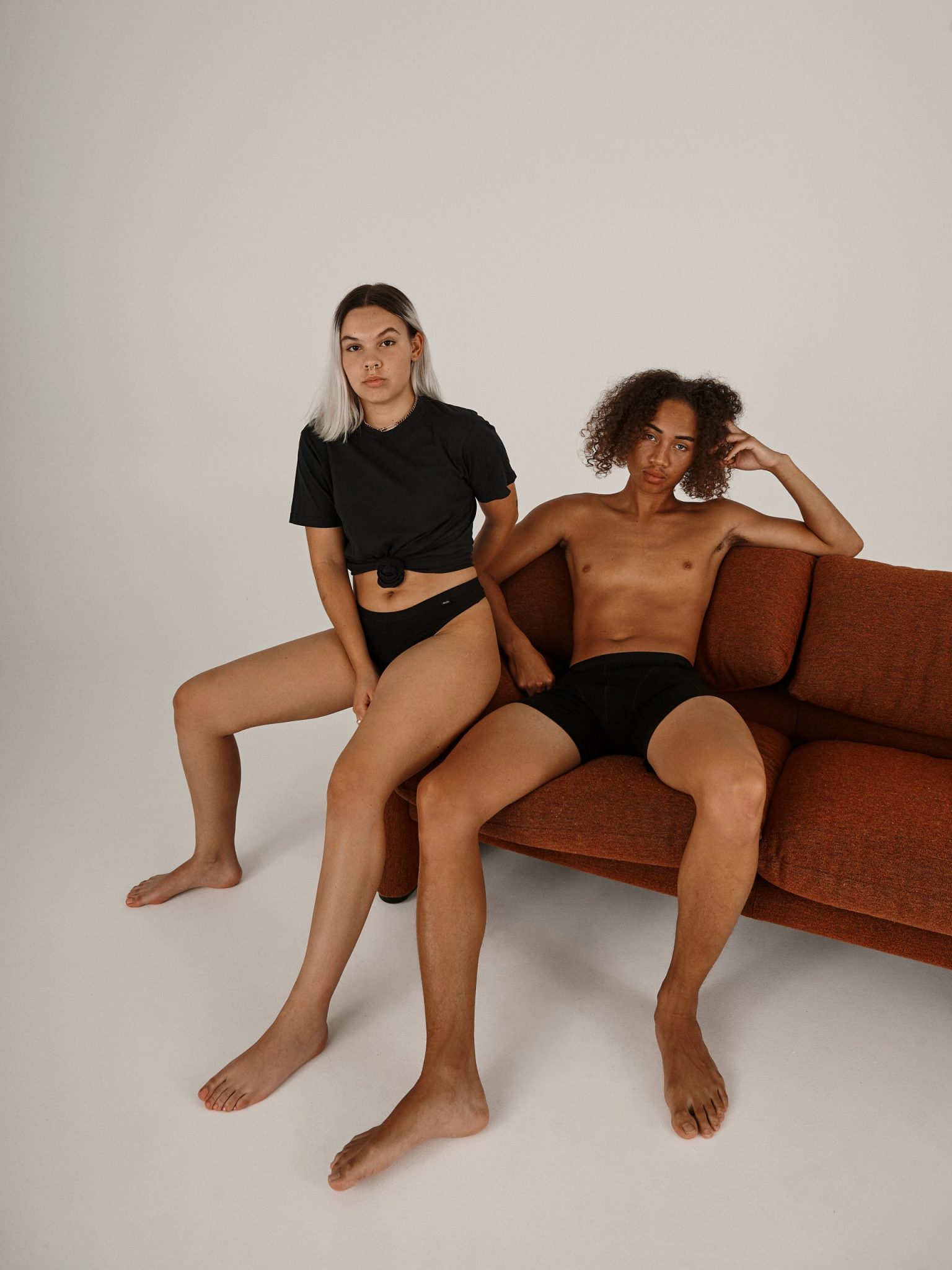 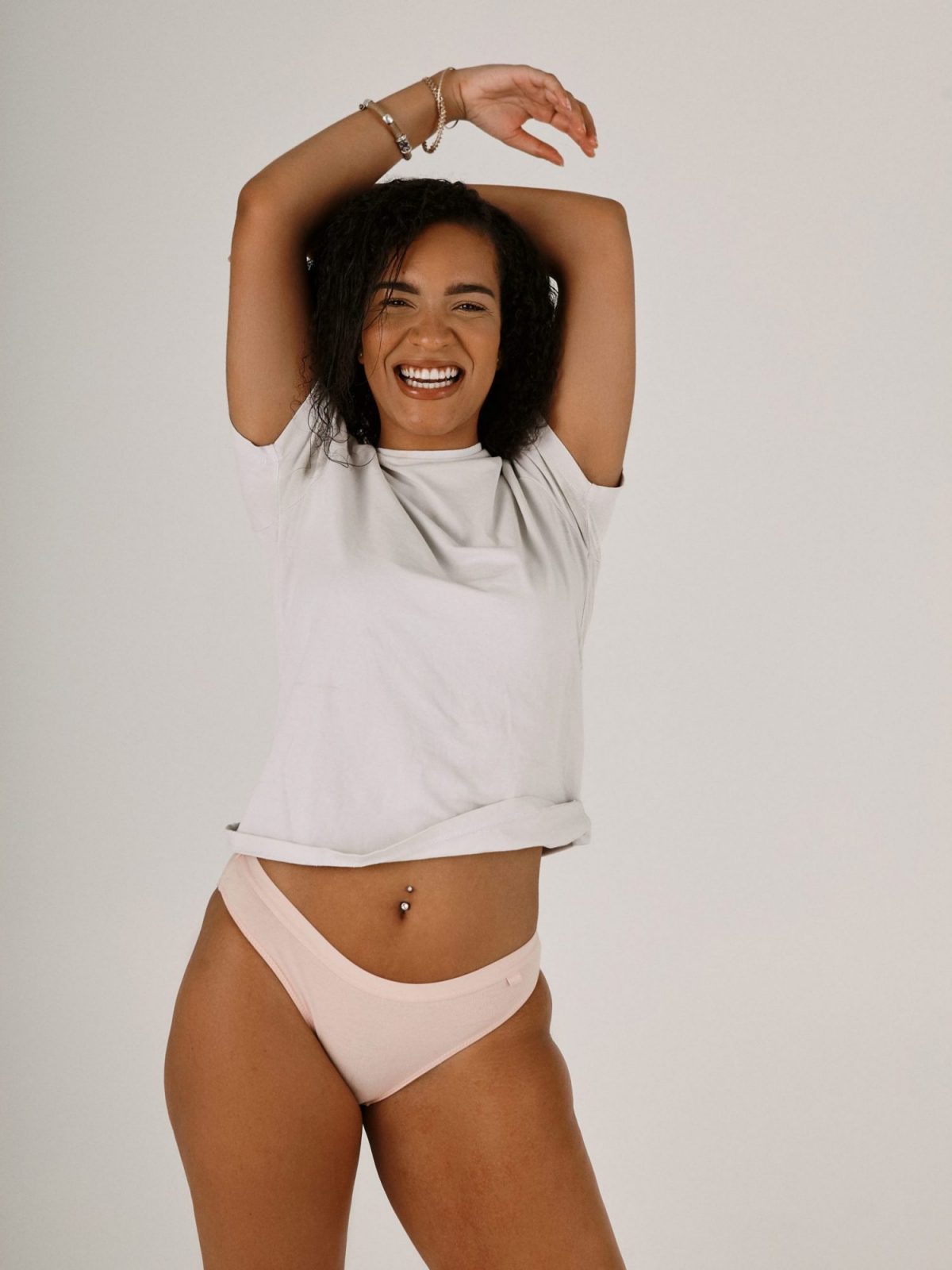